Comparing radiation from the Fallout universe to the real world

Radiation cannot be seen with the eyes. It is impossible to smell or touch it with your hands. Unless it tastes like a metallic taste in the mouth at high doses of radiation.

The threat of nuclear war and accidents at nuclear power plants have for many decades reinforced our fear of an invisible threat. At the same time, we continue to actively use radiation in our daily life. For example, in medicine and food storage. Comparing radiation from the Fallout universe to the real world

Popular culture does not help improve the reputation of nuclear technology and radioactivity. In those same video games and films, we would rather see a dirty bomb or a bright yellow barrel full of deadly green goo.

But there is one well-known game series in which radiation is not a reason for panic, and nuclear technology has retained its optimistic image. It’s Fallout, of course.

In today’s installment, let’s take a look at how radiation and nuclear technology are presented in a post-apocalyptic series. And why the physics of this universe works … is not entirely believable.

The name Fallout itself means fallout. The developers of the original RPG took it for a reason. They were inspired by the era of popularization of bomb shelters in the United States. But on this topic it is better to look at our last issue.

The Great War of 2077 led to the fall of hundreds of nuclear bombs, lifting millions of tons of radioactive dust and ash into the sky. Falling to the ground, precipitation covered the topsoil and penetrated into the water, poisoning everything in its path.

Everything is quite reliable here. The developers did not reinvent the wheel, but they embellished the effects that radiation has on living things.

The lore of the game does not describe in detail the mechanism of mutations in the wasteland, but relying on real physics, two sources of changes can be considered. This can be a direct impact from an explosion of nuclear weapons or the consequences of an accumulation of radioactive elements.

Ionizing radiation is the main type of radiation in the case of bombs. It is gamma rays, or high-energy particles that can knock out electrons in molecules and atoms. This type of radiation is especially dangerous for living organisms, as it causes damage and changes in DNA, which leads to mutations. Including disruption of the growth of organs and tissues. 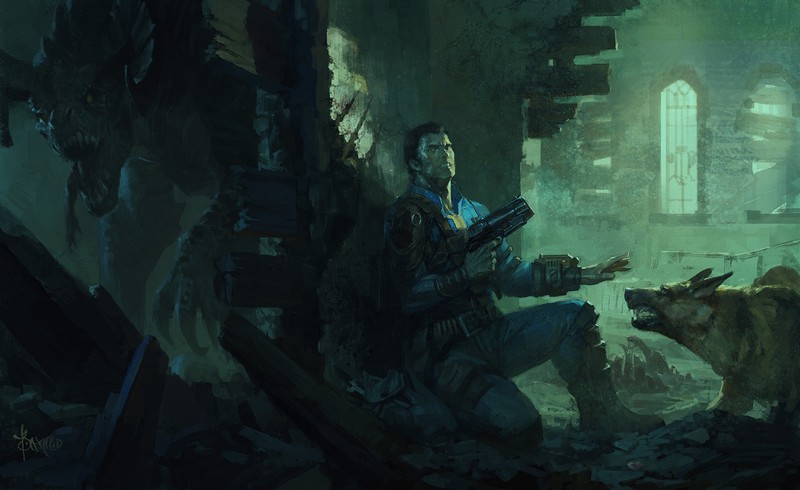 But most of the creatures in the Fallout world did not arise from the direct influence of bombs. Mutations began to occur from radioactive particles that entered the body from the environment. For example, if a mammal swallows an unstable isotope of calcium-45, the body considers it to be normal calcium and transfers it to the bones. In our reality, the accumulation of such isotopes usually causes cancer, but in Fallout it leads to … interesting phenomena.

From the actions of radioactive particles, giant ants, geckos, rad scorpions, brahmins and other mole rats arose. According to Fallout lore, the ghouls were also formed from radiation, but this was done on purpose.

In Fallout 1, almost all of the ghoul population came from residents of Vault 12 near Bakersfield, which after the war became known as Necropolis. As part of a pilot program, the door to this Vault did not close properly. A significant amount of radiation penetrated inside and over time turned the inhabitants into zombie-like creatures.

Considering that radiation is deadly for characters in Fallout, the way to transform into a ghoul is not entirely clear. In reality, high doses of radiation have never led to the birth of shiny zombies. And the fact that radiation does not harm ghouls, but heals them, only confirms the theory about alternative physics. Or, this is another crazy scientific experience that we have not yet revealed. Comparing radiation from the Fallout universe to the real world 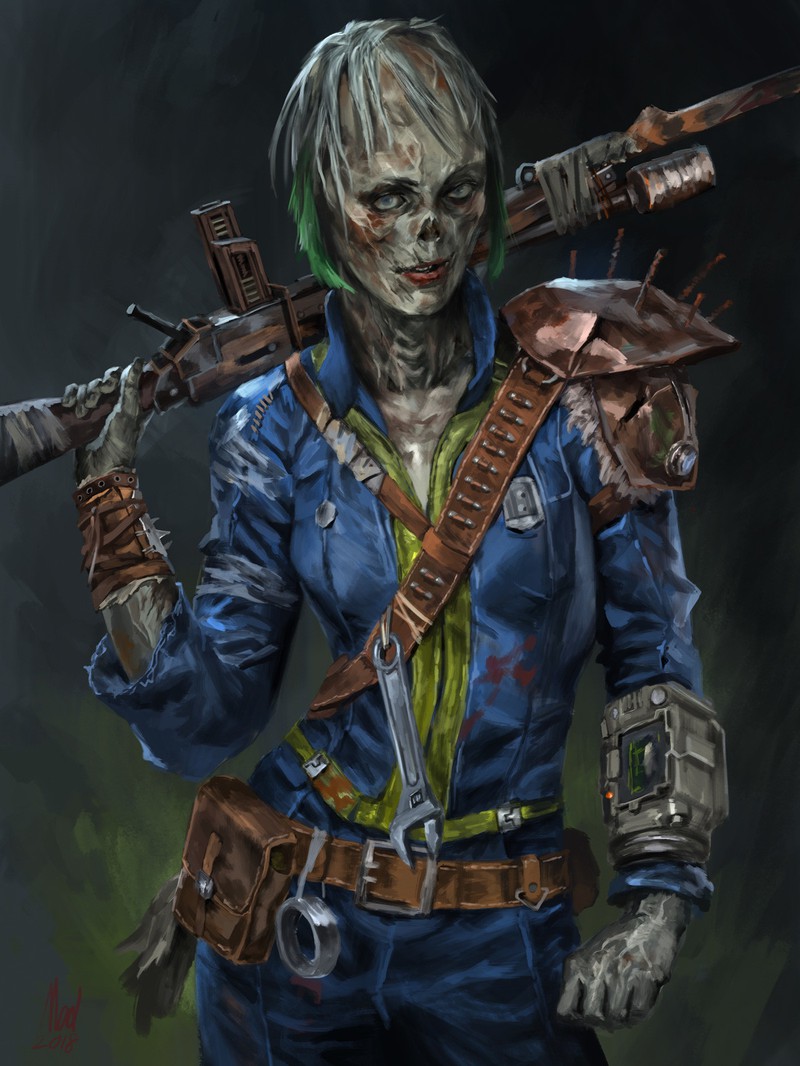 In our world, radiation also creates mutants, only they can hardly be compared with the charming fauna of the wasteland. By the way, the Deathclaws are not post-apocalyptic mutants. They were created as part of a military program even before the bombs fell. And they planned to use them instead of ordinary soldiers. True, they did not have time.

The biggest difference between the real world and Fallout is how nuclear technology has infiltrated everyday life.

We try to stay away from any sources of radiation for good reasons. If the radiation dose is small, the effect may be negligible for health. However, the higher the level or time of exposure, the worse the consequences. Up to a painful death. In addition, mutations at the genetic level and potential sterility are dangerous. But if our medicine does not solve these problems, then in the Fallout universe, the fight against radiation has achieved amazing success.

The drug Rad-X (Rad-X) for a short time increases the body’s resistance to ionizing radiation. Means RadAway (Rad Avay) binds radioactive particles and removes from the body. With massively available diagnostic devices and treatments, there was simply no reason for the population to avoid nuclear technology.

After all, the same fossil fuels and other chemicals have been successfully poisoning our world for decades, but we are used to it. Because life has become more convenient.

Likewise, in Fallout, the comfort of using nuclear technology far exceeded the potential threat of radiation. However, the reason was also that by the middle of the 21st century, the sources of traditional fuel began to deplete.

The lack of energy pushed for the creation of nuclear microreactors and the first prototype of the cell was shown in 2066. After that, the technology found wide application in a matter of years.

In Fallout, we’re always equipped with a portable dosimeter built into the Pip-Boy. We can always check the radioactive background and, if necessary, take the drug. When the damage has already been done and there are no drugs at hand, then it is enough to visit a doctor who will quickly patch the hero.

In reality, most of us have seen geiger counters only in pictures and videos. And one can only dream of effective treatment.

We have ways to deal with the effects of radiation, but nothing universal. For example, scientists have developed drugs to protect the bone marrow, but the use is limited to cancer patients undergoing radiation therapy.

When a nuclear weapon detonates, the separation of atoms leads to the formation of tens and hundreds of isotopes. They all differ in levels of stability and effects on the body. Therefore, the creators of the first general-use drug will not only receive a Nobel Prize, but they will also become incredibly rich people. After all, for space exploration and life on other planets, you will need a means that protects against deadly cosmic rays. 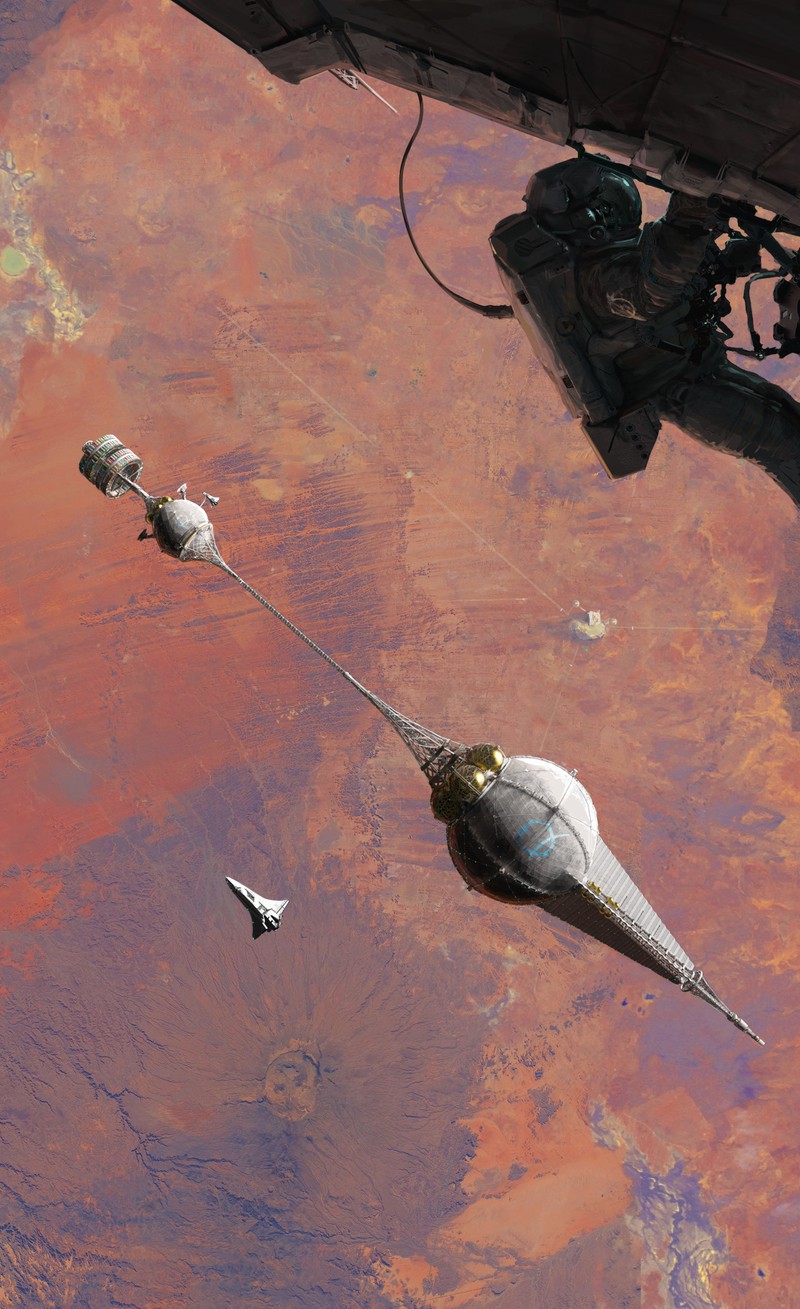 And it won’t be vodka. Contrary to popular misconception, vodka does not have impressive radiation-fighting properties. If you have a choice, it is better to take red wine.

When the human body is exposed to ionizing radiation, electrons knocked out of atoms can form active molecules – free radicals. Like grape juice, red wine contains many antioxidants that help fight free radicals before they damage cells and DNA.

In the meantime, scientists are working on a real version of drugs against radiation, we just have to raise the level of education and fight the fear of the invisible. The day is not so far away when nuclear technology may become the only reliable salvation of humanity from ecological collapse.

And in case of a nuclear bomb … don’t panic. Strike a poise to make future wastelands smile from a comic spot on the wall or a funny skeleton pose.