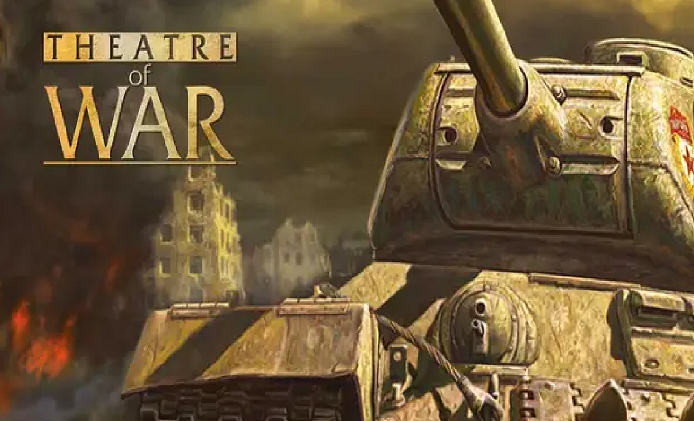 Theater of War invites players to immerse themselves in 5 WWII campaigns – Polish, French, Russian, US-British and German – and each contains multiple missions. The gamer can choose to play them in any order, but they can try to play them in the context of an authentic historical sequence. Many one-off battles and an editor expand the possibilities beyond the main campaign. Each mission starts with a certain number of units, with the possibility of getting more reinforcements after reaching some objectives.

In the Theater of War game, players can fight in a timeline from the invasion of Poland to the last position in Berlin, and they will have a wide variety of units to choose from. Among other things, you will also have to think about the strategic side of the battles, for example, you can order your artillery to attack to soften the enemy defenses while the infantry approaches under cover and the tanks move along the flanks. The true field of view, realistic damage and ballistic models, the influence of the commander and the individual skills of the soldier make every encounter with the enemy surprisingly unpredictable.

However, the various attack and defense missions here do not differ much, either in terms of the forces involved or in terms of locations. Apart from random weather events, each map contains the same elements: golden fields, tree-lined roads, small farmhouses, and steep hills. On the other hand, the maps themselves tend to be quite large, which provides a wide area to play. Usually defensive structures do not allow you to completely outflank the enemy, especially on narrow rectangular maps, but gamers can maneuver. One of the most attractive aspects of the game is the realistic line-of-sight and firing range controls.